Electric Revolution: Price Of EVs Will Be Same As That Of Petrol Cars In 2 Years, Assures Gadkari 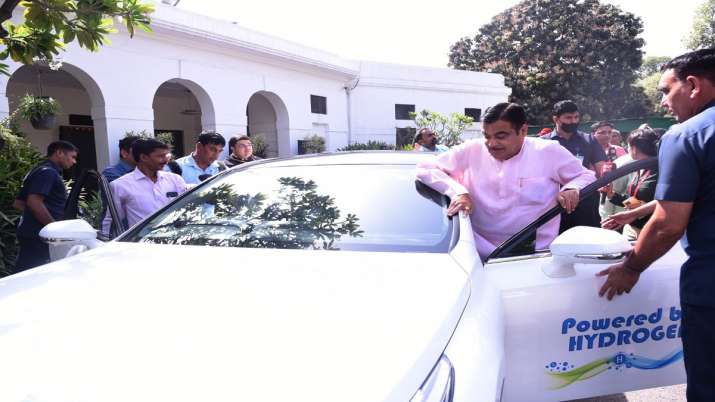 New Delhi: Union Road Transport and Highways Minister Nitin Gadkari claimed in Lok Sabha on Thursday that the price of electric vehicles (EVs) will be the same as that of petrol vehicles in India within two years.

Promising to change the country, Gadkari said even MPs can travel in buy electric vehicles once a charging station is installed in Parliament premises.

“I will assure all the honourable members that within two years the cost of electric two-wheelers, electric three-wheelers and electric four wheelers will be equivalent to the cost of petrol vehicles and the country will change,” Gadkari stated during Question Hour.

One of the most respected ministers in the Narendra Modi cabinet, Gadkari reached Parliament on Wednesday in a hydrogen-powered car with an advanced fuel cell to convey the message that India is set for a revolutionary change in transport system.

He said that the Union government’s policy is import-substitute, cost-effective, pollution-free, indigenous production.

“Due to petrol and diesel costs, we are facing crucial problems. Already we have seen the situation. So, this is the only alternative fuel, I mean, green hydrogen, electricity, ethanol, methanol, bio-diesel, bio-LNG and bio-CNG. Sir, we will work in that direction,” Gadkari stated.

The minister informed that the National Highways Authority of India is developing amenities every 40 km, using solar or wind power.

More than 600 sites have been identified and bids will be opened soon, Gadkari further updated Parliament.