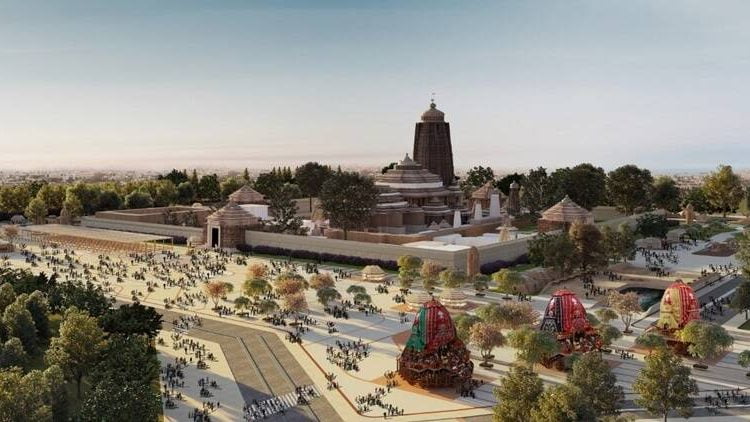 Bhubaneswar: Giving into the opposition demand, the Odisha government on Thursday formed an eight-member House Committee under the chairmanship of Assembly Speaker Surjya Narayan Patro to inspect the construction works under Puri Heritage Corridor Project and its possible compact on Jagannath Temple.

This came hours after BJP MP from Bhubaneswar Aparajita Sarangi questioned the alleged violation of norms in the ongoing construction works under the project and demanded that the digging work should immediately be stopped to ensure the structural safety of the shrine.

On March 30, Parliamentary Affairs Minister Bikram Keshari Arukha had told the Assembly that it is ready to constitute a committee on the corridor project amid ruckus created by Opposition BJP and Congress members over the impact of the construction work on the 12th-century shrine.

BJP MLA from Puri, Jayanti Sarangi had alleged that construction works are being carried out close to the ancient shrine without the permission of the National Monument Authority (NMA) and Archaeological Survey of India (ASI). He further said that deep pits, which are being dug close to the temple, may create cracks on the walls of the temple and suggested that temple architectural experts should be consulted in this regard.

Supporting him, Congress legislature party leader Narasingha Mishra demanded that a House committee be constituted so that the members can physically verify whether the construction works within 75 metres of the shrine are being done keeping in view the safety of the temple.

Electric Revolution: Price Of EVs Will Be Same As That Of Petrol Cars In 2 Years, Assures Gadkari