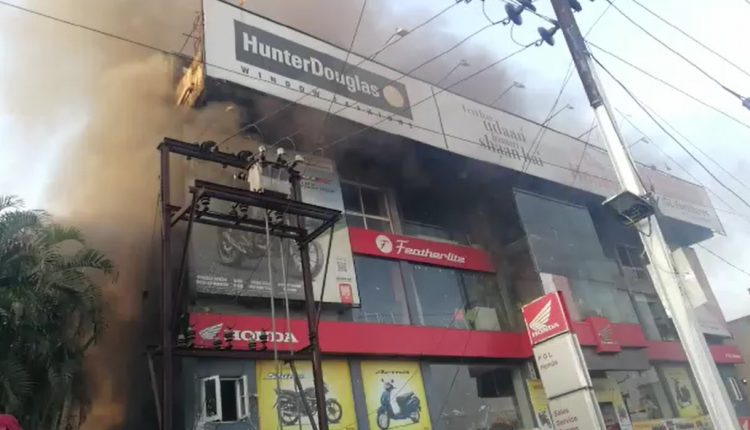 Bhubaneswar: A fire broke out in an electrical transformer near a building housing a two-wheeler showroom at Baramunda area in Odisha capital on Sunday.

No on was hurt after the electrical transformer caught fire near the building housing PGL Honda Showroom and located close to Fire Station Square in Baramunda.

According to sources, Fire Services personnel along with sophisticated equipment rushed to the site immediately after getting information about the fire which had erupted beside the building.

The flame was brought under control and the fire fighters prevented the blaze from spreading to the building, which also houses and a furniture showroom.

“The fire has been completely extinguished. There has been no casualty,” a fire services official said.

It was a small fire and the exact reason is yet to be ascertained, sources said.

Hockey World Cup 2023: Tickets For All Matches In Rourkela Sold Out