Hockey World Cup 2023: Tickets For All Matches In Rourkela Sold Out 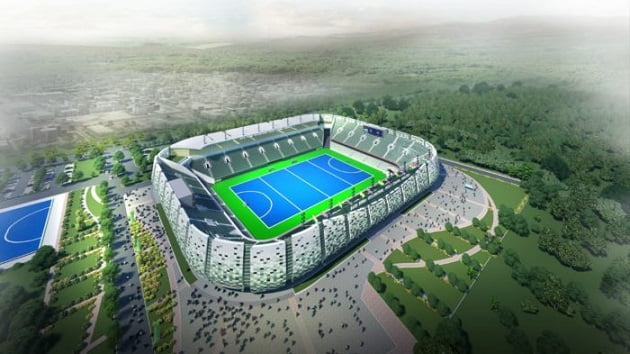 Rourkela: The counter tickets for the matches of FIH Odisha Hockey Men’s World Cup 2023 to be played in Odisha’s Rourkela city have been sold out.

The counters at the newly constructed Birsa Munda Hockey Stadium in the city have been witnessing huge crowd since the opening of the sale of tickets from December 19. The hockey fans and sports enthusiasts have been making serpentine queues since morning to book the tickets for the matches of the Hockey World Cup to be played in the stadium.

As many as 20 matches will be played in the Birsa Munda Hockey Stadium, which is tipped to be the biggest hockey stadium in the country with seat capacity of over 20,000.

The Birsa Munda Stadium in Rourkela and Kalinga Stadium in Bhubaneswar will jointly host the matches of the international hockey tournament from January 13 next year.

The Kalinga Stadium, which has a sitting capacity of over 15,000, will host 24 matches. Total 16 teams from across the world will participate in the tournament.

India, placed in Pool D, will begin their campaign against Spain on the first day of the tournament to be played in Rourkela on January 13. The host country will then play England on January 15 in Rourkela, followed by their final group encounter against Wales on January 19 in Bhubaneswar.