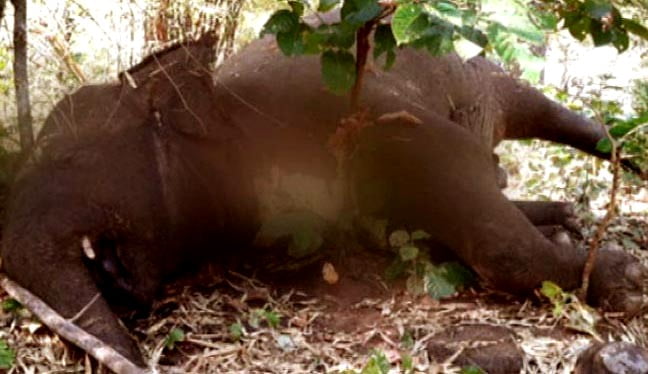 Bhawanipatna: Following the death of four elephants in Karlapat Wildlife Sanctuary in Kalahandi district in the last 12 days, a team of experts from Bhubaneswar reached the sanctuary on Saturday to ascertain the cause.

The team from the Centre for Wildlife Health of Odisha University of Agriculture and Technology (OUAT) is led by Prof Niranjan Sahu.

It will conduct a field study on the possible prevalence of a virus that led to the deaths.

It may be mentioned that the first death of a female pregnant elephant in the sanctuary took place near Tentulipadar village on February 1 while three more elephants died on February 9, 10 and 11.

Talking to the media, Divisional Forest Officer (DFO) of the South Division, Ashok Kumar said the post mortem report of the four elephants is awaited. However, laboratory test of the first elephant conducted at OUAT has revealed that the death was due to haemorrhagic septicemia.

He said while the four dead elephants belong to a herd, a close watch is kept on two other herds in the sanctuary periphery. As there is a possibility that the virus could be transmitted to these two herds, the forest staff have been been asked to conduct a field survey and track the movement of the herds.

Kumar also said that as a precautionary measure, the villagers have been requested not to send their cattle to the forest. Besides, all stagnant water bodies in the sanctuary have been treated with bleaching powder and the water samples have been sent for testing.