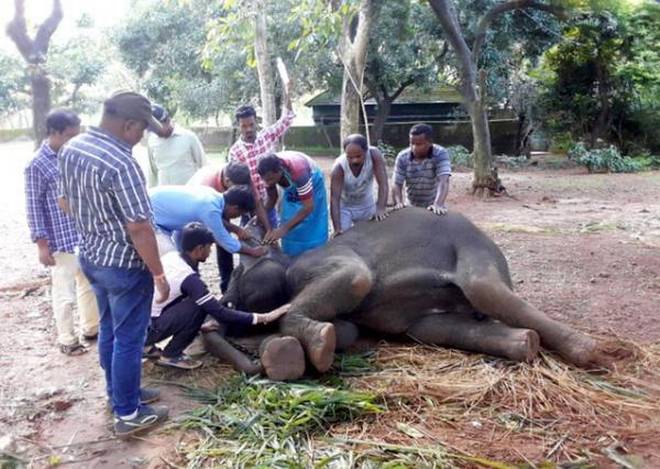 Bhubaneswar: In the wake of the death of five elephants, including four at Nandankanan zoo, due to herpes virus, the Central Zoo Authority (CZA) has formed a committee of experts to examine the cause for the outbreak of the virus and its remedial measures.

“The cooperation from the people is necessary to ensure proper human-animal coexistence,” the minister said at a function organised by the Forest department on the occasion of Wildlife Week.

Principal Chief Conservator of Forests (PCCF) and Chief Wildlife Warden of Odisha, Hari Shankar Upadhyay said the Forest department was facing problems in bringing wild animals from other states. For instance, tigers brought in from outside were yet to properly relocated in Odisha, he added.

Talking about forest conservation, Chief Conservator of Forests (Wildlife), Sandip Tripathy said that the forest department will use modern technology for proper conservation.

Referring to other measures taken by the Forest department. Tripathy informed that at present, there are 11,000 forest conservation committees in the state. Efforts are on to increase the number of such committees to 20,000, he said.