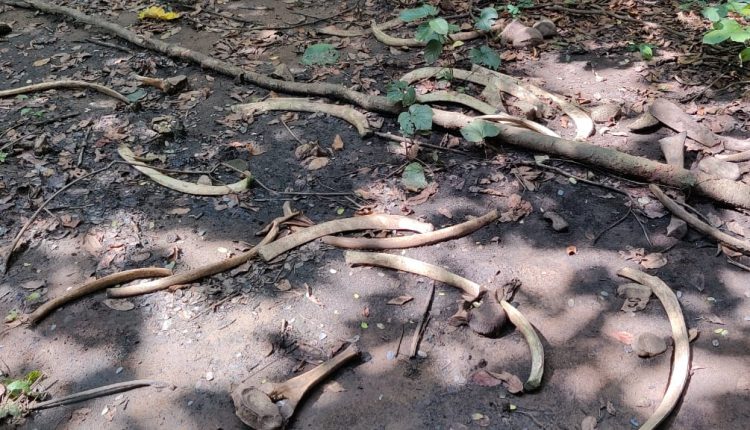 Angul: One more elephant has been found dead in Odisha. A forest squad found the skeleton of an elephant in a forest near Manikajodi village in Odisha’s Angul district on Wednesday night.

On being informed, Divisional Forest Officer (DFO) Vivek Kumar along with a team from the Forest department reached the spot and recovered the elephant skeleton for investigation.

After a preliminary investigation, the DFO said that the remains are of a female elephant that died around a year back. It is estimated that the elephant’s age is around 25 years. It is presumed that the elephant died of natural causes as there was no evidence of poaching, he added.

The skeleton was sent to the Odisha University of Agriculture and Technology (OUAT) in Bhubaneswar to ascertain the cause of death.