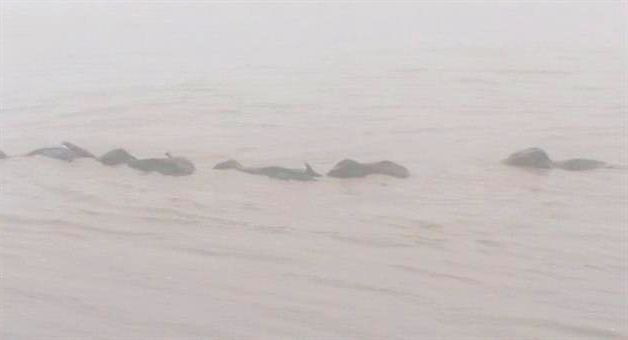 Cuttack: Tension ran high at Anantpur village under Athagarh tehsil in Odisha’s Cuttack district after a wild elephant, which was swept away by the strong current of the Mahanadi along with four others of the herd early on Monday, attacked a woman on reaching the river bank in the afternoon.

According to sources, the elephant after reaching the river bank barged into the village and attacked a woman. The seriously injured woman was rushed to the hospital. Her condition was stated to be critical.

Efforts are on to push them into the Chandaka Sanctuary, forest officials said.

On Sunday night, a herd of nine elephants had arrived at Kandarpur to cross to the other side of the river into the Chandaka Sanctuary. However, five elephants swept away due to strong water current.