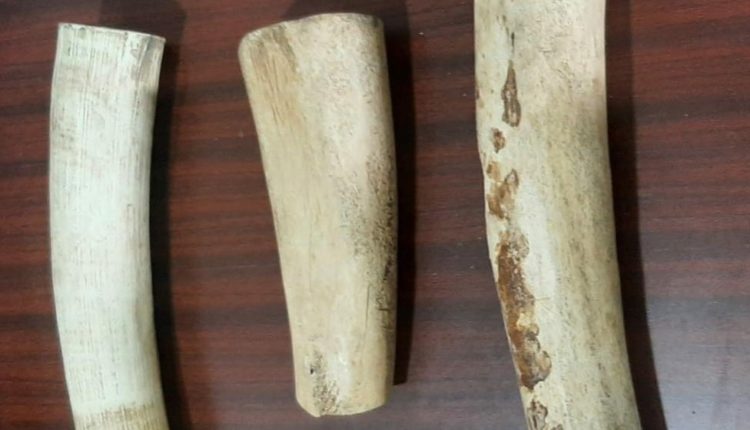 Deogarh: The special squad of police on Monday seized two elephant tusks and arrested a person.

Acting on a tip-off that a man was on the way to Deogarh from Sambalpur to sell the tusks, the special squad raided an area near Pravasuni village and caught him red-handed. Two tusks were seized from his possession.

Talking to the media, the accused Sunil Podha said that he had struck a deal to sell the two tusks at a price of Rs 15 lakh.

Bhubaneswar Accounts For 40% Of Daily COVID Cases In Odisha; More Restrictions In Offing