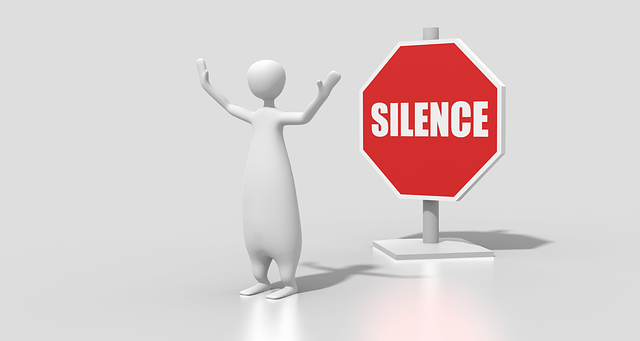 After the Super Cyclone devastated coastal Odisha in October 1999, the State Government constituted the Odisha State Disaster Management Authority to implement restoration activities and put in place a robust disaster management system. I was posted as its first Executive Director.

In the initial days when we were grappling with ways to go about it, SB Agnihotri, then Secretary of General Administration department, introduced a 30-year-old to me: “Meet Subhadarshi Mishra, he has established ‘SPARC’, a start-up on Geographic Information Systems (GISs).” The mild mannered, seemingly reticent person showed me a neatly-bound book of 128 pages in A3 size, each page graphically portraying in different colours the vulnerabilities of a particular block to various types of natural disasters. He said, “Sir, I have prepared these maps on GIS platform after analysing the terrains, natural drainage systems, seasonal wind flow patterns and past history of disasters.” I was highly impressed; we were actually wondering whether such a map could be prepared. I very thankfully accepted it. In the coming days these maps formed the basis for preparation of block-level disaster management plans.

Subhadarshi didn’t ask for a rupee for this humongous work, not even for the cost of paper and printing. Working silently, in about two and a half decades, SPARC, which started in a rented 400 square feet space with a couple of computers, now has its own 4-storied building of 26,000 square feet with state-of-the-art GIS equipment. It started with only two persons, Subhadarshi and his wife Subhra, with a capital of Rs 1.5 lakh; it now employs 240 people and has an annual turnover of Rs 15 crore. It is now executing 150 projects in five states and has a branch office at Dehradun.

My wife Susmita Das is a singer and has created a niche for herself by producing mellifluous music based on meaningful lyrics. Her first music album, ‘Maya Darpan’, is a collection of immortal poems by Mayadhar Mansingh, considered to be the doyen of love poems in Odia. Devdas Chhotray, himself a most respected Odia lyricist, has introduced each song in the album, which have been composed by Omprakash Mohanty a top-grade composer This was a project, first of its kind, which was to be launched at a function in the USA. Devdas Chhotray wanted the CD cover to be appropriately designed to convey the theme. At this point we met Jyoti Ranjan Swain, an alumnus of the prestigious JJ School of Art. His enterprise ‘Third Eye Communication’, is a leader in the business in Bhubaneswar. Jyoti is a very quiet and unassuming person. He hardly speaks, but listens very carefully and can perfectly decipher non-verbal communications. When ‘Maya Darpan’ was released, we realized packaging is as important as the content. Jyoti has designed the cover ofall 14 music albums of Susmita released so far. I am awestruck, how eloquently Jyoti communicates without uttering a word.

During this period, I met Amar Jyoti Mahapatra, a communication expert. He was working as a consultant for Adam Smith Institute and was advising the government on rightsizing of the Odisha government’s corporations. Now he is working for World Bank in stakeholder communication for development & policy and social media. In meetings, he silently watches proceedings biting his nails and giving crisp comments at the end that could turn the whole discussion on its head. I bumped into him at Jyoti’s office and I found my man to write the synopsis for my wife’s projects. Amar Jyoti was very happy when his name appeared in the creditline on cover pages and quipped, “Nobody ever thought of giving me credit as I am a professional ghost writer.” Amar Jyoti and his wife Keeny have quietly established ‘Silver Age Foundation’, a not-for-profit organization to cater to the needs of senior citizens and enhance the quality of life of elders and promote healthy aging, fight elder abuse, spread awareness on aging and provide specific services to the elderly.

In 1998, I availed government loan to construct a house. Ashish Mohapatra, a dear friend and colleague (unfortunately, he passed away in 2005 due to cerebral malaria), introduced me to Deepak Panda, a quiet and suave young architect. He prepared an impressive building plan for me. What I really liked about Deepak was his passion, creativity and understanding of the needs of his clients. But my father said, “Fools construct houses for intelligent people to live in them. The house I constructed in Bhubaneswar is on rent for more than two decades now. (My parents stayed in my grandfather’s house in Cuttack after retirement). I will be very happy, if you occupy that house, so that I will have some satisfaction of putting so much of effort for its construction.” I, being the lazy person that I am, grabbed the offer and spared myself the drudgery of constructing a house. Although I didn’t utilize the services of Deepak, he became a very good friend. Deepak’s ‘Architect’s Studio’, which started in a rented house in 1991, now has its own building, a sprawling 3,500 sq ft carpet area in a two-storied building. It is one of the top firms in the city with an annual turnover of Rs 3.5 crore employing 40 professionals.

All the four are younger to me by more than ten years. But, I have struck chords with them, being impressed by their professionalism and style of working silently. However, my wife comments tongue in cheek, “You are very clever and are cultivating younger and smarter friends, who will stand by your side when you are old.” Watching them, I have indeed realised silence is the most powerful scream.