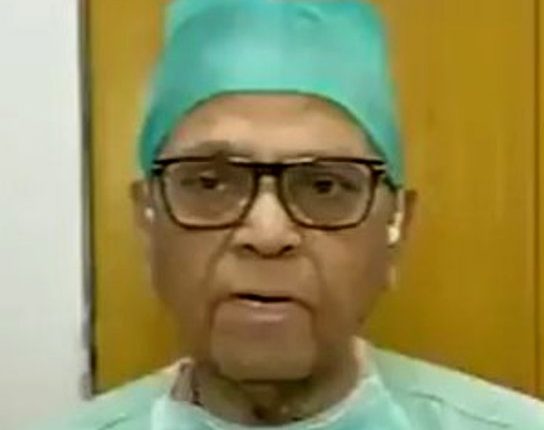 Cuttack: Eminent Odia neurosurgeon Prof Sanatan Rath breathed his last at his residence near Kanika Chhak in Cuttack on Tuesday after a prolonged illness. He was 86.

Born on June 25, 1934, Rath completed MBBS (Utkal) in 1957, MS (Surgery) from Patna in 1962 and MS Neurosurgery from CMC Vellore in 1965. Later, he joined as an assistant professor of Neurosurgery in SCB Medical Colleges and Hospital in Cuttack in May 1965 and continued to work as an associate professor from January 1968 to May 1970. In May 1970, he was appointed as the professor and head of the Department of Neurosurgery.

In 1991, the state government had appointed Rath as the Director of Medical Education.

After his retirement, he was working as the director of Clinical Services and senior consultant neurosurgeon at a private hospital (Ideal CIinic) in Cuttack.