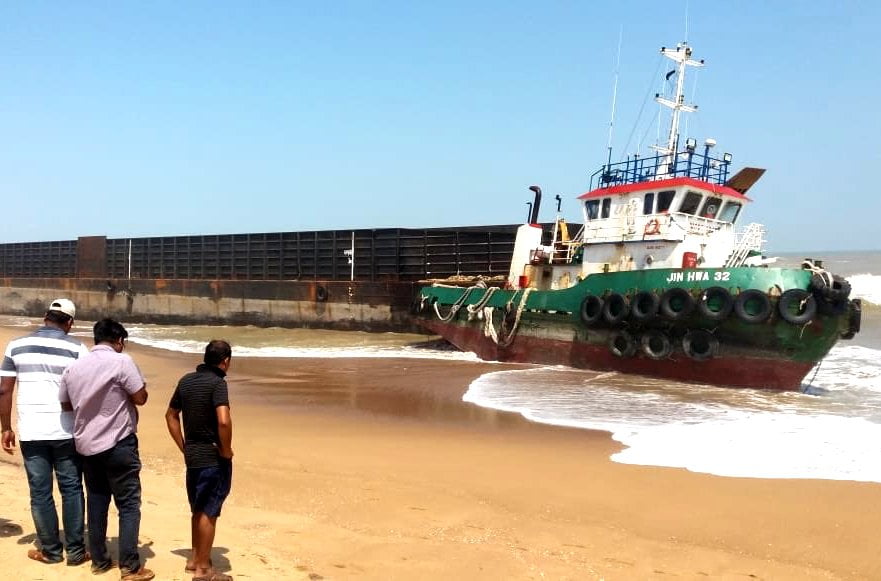 Bhubaneswar: The Indian Coast Guard authorities on Wednesday asked the owner of the Malaysian cargo ship ‘Jin Hwa 32’ stranded at Rajhans, near Chilika Lake mouth to take necessary steps to ensure that there is no oil leakage from the ship.

In a letter to the cargo ship, company officials and Chief Secretary of Odisha, the Coast Guard said the stranded cargo ship has a huge stock of about 30,000 litres of diesel, 1000 litres of lube oil and 200 litres of hydraulic oil.

“As there is no likelihood of shifting the ship from the shore of the lake in the near future due to a technical snag in its engine, there is every possibility of oil leakage from the ship, which, if it happens, will pose a threat to the eco-sensitive coastal zone of Chilika Lake and Odisha coast, especially due to the ongoing monsoon season,” the letter stated.

Issuing a warning to the cargo ship company officials under Section 356 (J) 1(B) of the Indian Merchant Shipping Act, 1958, to ensure all necessary measures to prevent any leakage of oil on priority either through a local agent or through any other professional sailor, the Coast Guard authorities said non-compliance of the order will entail action.

The ill-fated ship with seven Malaysians, two Filipinos and one Indian on board, was on the way to Vishakhapatnam port to pick up new cargo after unloading its shipment in Bangladesh when it got caught in a storm in the Bay of Bengal and drifted towards Odisha on the night on August 7.