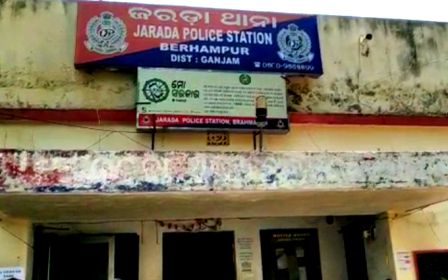 Berhampur: The entire staff of Jarada Police Station in Odisha’s Ganjam district was sent into quarantine on Saturday after two murder accused tested positive for COVID-19.

According to reports, police had arrested two persons on June 3 in an attempt to murder case in Polarajpur area on May 26.

As one of the two accused had recently arrived from a neighbouring state, his and accomplice’s swab samples were sent for testing on June 4. The test reports confirmed them to be coronavirus positive.

This the second incident of entire staff force of a police station being sent on quarantine. On May 17, the IIC and 30 policemen of Kumbharapada Police Station in Puri were sent to a government quarantine centre after a person arrested in connection with a snatching case tested positive for COVID-19.