Ethanol-Powered TVS Bike Launched, But You Can’t Ride It Now 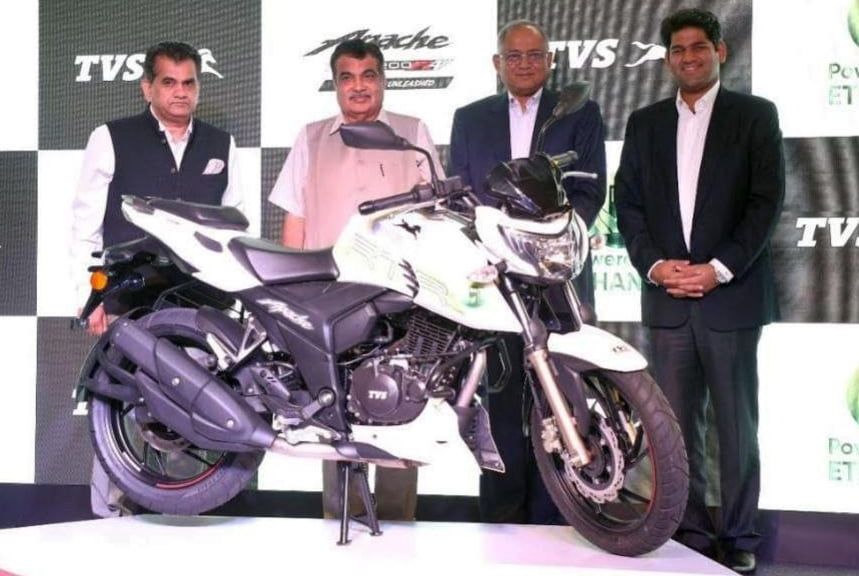 In an industry-first, TVS has launched an ethanol-powered Apache named RTR 200 Fi E100. The motorbike is priced at Rs 1.20 lakh (ex-showroom).

The bike will run only on ethanol. Ethanol is a low-polluting fuel produced from renewable plant sources such as sugarcane, corn, maize and wheat. It has 35% oxygen and reduces nitrogen oxide, sulphur dioxide and carbon monoxide emissions as well as particulate matter. It is also biodegradable and non-toxic.

Ethanol produces around 34 per cent less energy than petrol and since it is expected to be cheaper than petrol, the running costs will be similar according to TVS.

Currently, there are no ethanol pumps in the country. But the government is actively pushing it and the expected price for a litre of ethanol is around Rs 55.

The Apache RTR 200 Fi E100 will be sold in Maharashtra, Uttar Pradesh and Karnataka, and will come in white colour with green graphics.

Second Cut-Off List For Plus II Admission In Odisha Announced