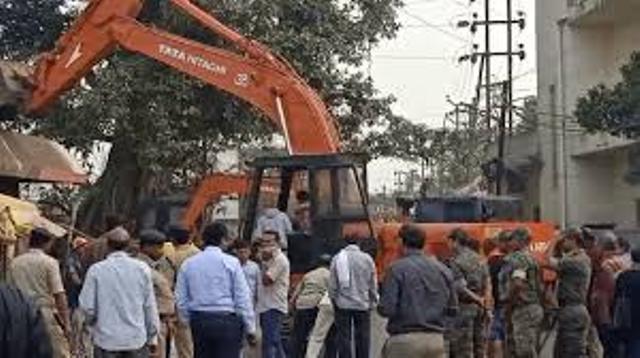 Cuttack: The Cuttack Municipal Corporation (CMC) and the district administration on Saturday began an eviction drive for the proposed bus terminal at Khan Nagar in the city.

Till reports last came in, officials enforcing the drive were in the process of shifting all movable assets of Biswanath Pandit Kendriya Pathagara in the area.

Earlier on January 23, Chief Minister Naveen Patnaik had laid the foundation stone of a world-class bus terminal to be named after Netaji Subhas Chandra Bose.

However, senior BJD leader and Cuttack MP Bhartruhari Mahtab had expressed displeasure over the relocation of the bus terminal.