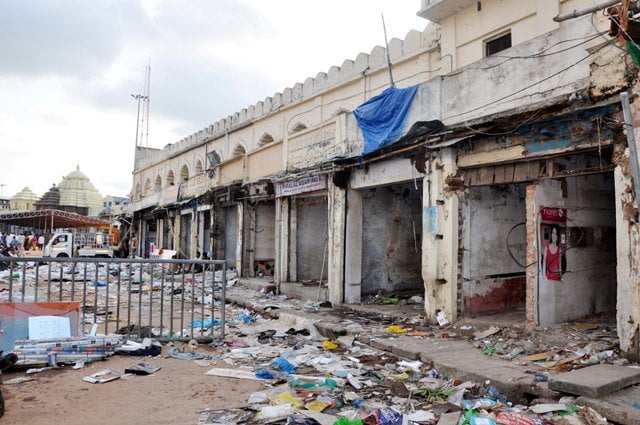 Talking to the media, the mahant (chief) of Bada Akhada mutt, Hari Narayan Das, alleged that the district administration is putting pressure on him to sign a document mentioning that the mutt’s structure is unsafe. “Neither the Endowment Commissioner nor the Archaeological Survey of India (ASI) has said that the mutt is unsafe,” he added.

Routray told reporters that he supported the Chief Minister’s decision to beautify Puri and the area adjacent to Jagannath temple. He, however, added that the demolition of mutts should be stopped immediately. “The curse of the mahants of these mutts will finish this government,” he said.

“Enough is enough. I urge the state government not to demolish the remaining mutts and make efforts for the proper rehabilitation of the displaced residents and business establishments immediately instead of luring them with its package,” Routray added.

According to historians, Bada Akhada mutt was established in 1402 AD by Naga sadhus to protect the Jagannath temple against attacks by foreign rulers.

The mahant of Bada Akhada mutt is appointed by an 18-member Naga Akhada (council) during Kumbh Mela.