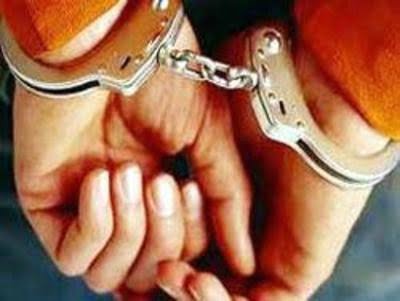 Jeypore: Jeypore Town Police have finally arrested the prime accused in the firing incident near the Royal Palace at Jeypore in Odisha’s Koraput district on September 25 this year.

The accused has been identified as Bikash Patra, the former BJD president of Jeypore.

Briefing mediapersons on Thursday, IIC of Jeypore Town Police Station Baleswra Siddhi said Bikash was nabbed from a house at Hatiara in West Bengal on Wednesday.

After arresting seven persons involved in the case, the police were were on the hunt for Bikash and one of his associates. Efforts are on to nab the absconding accused, he added.

He said that the police after producing Bikash in the court will seek permission to take him on two-day remand for further interrogation.

Notably, Bikash and his associates had opened fire on Santosh Nayak and his father Narendra Nayak of Dhoba Sahi near the Royal Palace on September 25.

The BJD leadership had suspended him from the party after police brought him under the purview of their investigation.