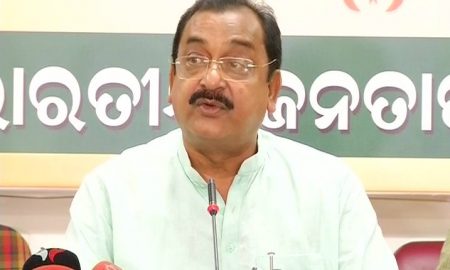 Share
Bhubaneswar: The State BJP on Thursday dubbed the Make in Odisha Conclave as a high-voltage campaign of the BJD government to cheat the people.
“Road connectivity is the most important factor for the success of the Make in Odisha Conclave as it fosters development in the economy and the industrial sector of the state. However, the state government has deliberately hindered the National Highway Development Project (NHDP) of the Centre, which had sanctioned Rs 3870 crore for expansion of six highways with a total length of 63 km, by not taking any step to expedite the land acquisition process and obtain forest diversion clearance for the project,” BJP state vice-president Sameer Mohanty told mediapersons here.
During the tenure of the UPA government, Odisha had a total of 4650 km of National Highway. On the other hand, the NDA government during its four-and-half year tenure has almost doubled the length of the NH and prepared a blueprint to lay another 10,000 km of NH. Despite the efforts of the Centre, the state government is not showing any sense of urgency, which is grossly unfortunate, he added.
make in odisha
Share FacebookTwitterGoogle+ReddItWhatsAppPinterestEmail