Ex-Husband Held For Murder Of Lady School Teacher In Jajpur 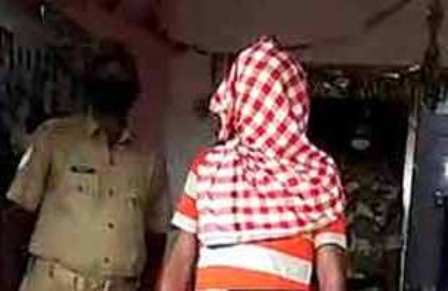 Jajpur: Two days after the gruesome murder of a lady school teacher in Odisha’s Jajpur district, her ex-husband was arrested on Saturday.

Police recovered the weapon used by accused Soumya Prakash Mallick in the murder of his ex-wife Jogamaya Jena and forwarded him to the court after interrogation.

According to reports, Soumya and Jogamaya had a love marriage four years ago. However, the marriage didn’t last and the couple settled for divorce two years ago following frequent quarrels.

Soumya allegedly decided to kill her. On July 9, Soumya attacked Jogamaya with a sharp weapon near Rachhipur Chhak in Jajpur Road area and killed her on the spot when she was riding pillion with her male colleague Mohini Mohan Muduli at around 2 pm.

The Jajpur Sadar police began an investigation and arrested Soumya.

Muduli, who was also injured, is undergoing treatment in the district headquarters hospital. His condition is critical.

Don’t Avoid Study Of Social Science, It Will Cause Incalculable Loss To Society