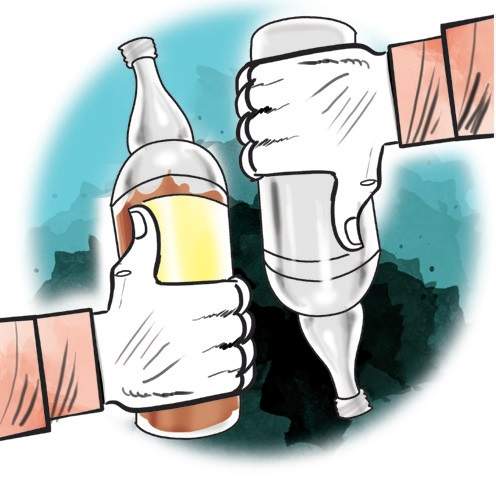 Angul/Balasore: The excise sleuths seized around 424 litres of illicit liquor following separate raids in Angul and Balasore districts on Saturday afternoon.
According to reports, five persons were arrested and 236 litres of Indian and 128 litres of foreign liquor seized during a raid by a team of excise officials at Gudulimunda under Kishore Nagar police limits in Angul district.
In another joint raid by Nilagiri excise sleuths and the mobile squad, 60 litres of foreign liquor was seized and six people were nabbed in Balasore district.
On July 11, illegal liquor worth over Rs 5 lakh was seized from different hotels in Rourkela during simultaneous raids by a excise
officials and Cuttack flying squad.

Consult me before making comments on national, international issues: CM to MPs