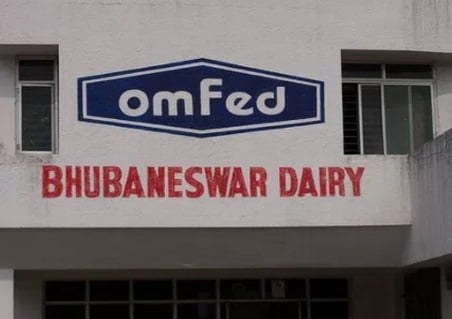 Bhubaneswar: The OMFED authorities on Saturday suspended two supervisors in connection with the explosion at the plant in Chandrasekharpur here earlier in the day.

The officials were suspended for alleged dereliction of duty, which led to the mishap.

The OMFED has announced to bear the medical expenses of the injured labourers.

Those injured were identified as Meena, Beeni, Rajani and Sanatan Sahu of Kalarahanga. The condition of Sanatan is stated to be critical. They were rushed to a private hospital for treatment.

According to sources, the incident occurred place around 8 am when the labourers were packing milk packets.

Following the incident, a group of labourers and employees had staged a dharna on the factory premises, demanding safety at workplace.

Though the exact cause of the mishap is yet to be ascertained, the incident is suspected to have occurred after a blast took place in an electrical stabilizer due to short circuit.