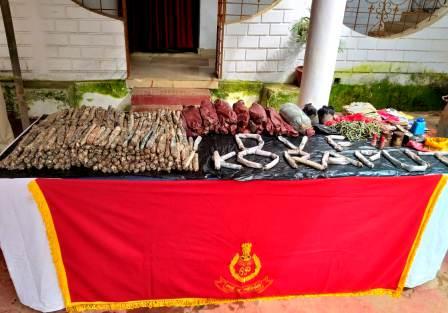 Koraput: Security personnel on Monday seized a huge cache of explosives from a forest near the border between Koraput and Malkangiri districts.

Koraput SP Mukesh Kumar Bhamoo informed that BSF and District Voluntary Force (DVF) personnel had launched a joint combing operation on Sunday afternoon following an intelligence input about the presence of Maoists in the areas.

“During the combing operation in the forest on Monday morning, the Maoists fled the area. The security personnel later came across a dump inside the forest and recovered huge amount of explosives stored inside a drum,” the SP added.

It is suspected that the Maoists of the Andhra Odisha Border Special Committee hid the explosives to ambush security personnel.

Following the seizure of the explosives, a combing operation in the border areas of these two districts has been intensified.

Is Kapil Sharma Charging This Whopping Amount For His Web-Series Debut?