Is Kapil Sharma Charging This Whopping Amount For His Web-Series Debut? 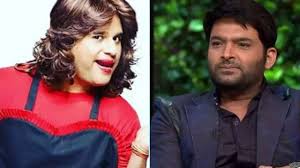 Mumbai: Comedian turned actor, Kapil Sharma is loved by all. He has been making India laugh for years now. Not long ago, he was a stand-up comedian trying his fate in the industry. His journey from doing comic gigs to winning the show, hosting one of his own, venturing into movies is one to be commended. If rumours are to be believed, Kapil Sharma of ‘The Kapil Sharma Show’ will soon be seen in a web series. Let’s break it down for you.

On the latest episode of TKSS, actor-tuned politician Shatrughan Sinha along with his son Lav Sinha graced the show. In one of the gigs, comedian Krushna told how much Kapil Sharma has changed since working in a web series.

Krushna went along to say that Kapil has charged a whopping Rs 20 crore for the web series. If the news is true, there is no doubt Kapil Sharma would have charged the sum given his fan following and success in any venture he takes up. Also, it will be Kapil’s debut on the OTT platform. Apart from his, there are no updates on the web-series itself.

Kapil Sharma was last seen in the movie ‘Kis Kisko Pyaar Karoon’ in which his character was seen juggling between four wives.

Talking about TKSS, Nora Fatehi along with singer Guru Randhawa will make an appearance on the show. Genelia and Riteish Deshmukh have also reportedly shot for an episode.

Meanwhile, Akshay Kumar and Kiara Advani will soon be seen promoting their next, ‘Laxmmi Bomb’ on The Kapil Sharma Show.