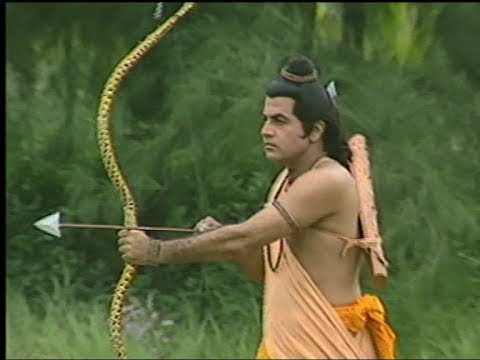 Hyderabad: Eye injuries due to bow and arrow are back. They were reported about 20 years ago when the popular ‘Mahabharata’ and ‘Ramayana’ serials were first telecast. Children would copy the iconic screen characters and land up in hospital with pierced eyes.

Such incidents are being reported once more with the re-run of the mythological serials, which have topped viewing charts in their second innings.

It has been reported that at least 12 children from Hyderabad and surrounding areas have lost eyesight in one eye in the past 40 days since the lockdown began and it is not linked with COVID-19.

Hospitals in the city have reported around 25 such injuries (both blunt and piercing) caused by bow-and-arrow games. Of these, 12 cases were reported at the two tertiary care hospitals, the Sarojini Devi Eye Hospital and the LV Prasad Eye Hospital (LVPEI).

“When Ramayana was telecast about two decades back, we saw many bow-and-arrow injuries,” Director of Retina Institute at LVPEI, Dr Subhadra Jalali told The Times Of India (TOI). “For about 15 years we did not see these injuries, but the numbers are starting to rise again. In an attempt to copy the central characters (from TV shows), kids make their own bow-and-arrow games.”

Among the injured was a seven-year-old boy from Shamshabad. The children fashioned a bow from the midriff of a coconut leaf and arrows from broomsticks. A flying broomstick pierced one of his eyes. Despite a surgery to save the detached retina, he lost his vision.

Notice To SBI Over ‘Unfit Pregnant Women’ Guidelines By Women’s…