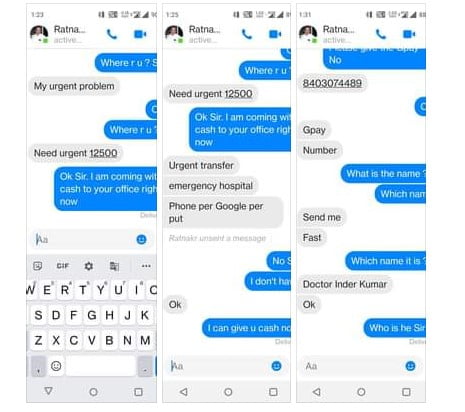 Bhubaneswar: An unidentified person created a fake Facebook account of a retired IAS officer from Odisha and sought money from his contacts on Tuesday.

After coming to know about his fake account, the IAS officer, Ratnakar Rout, who retired as Commissioner-cum-Director, Animal Husbandry and Veterinary Services, Odisha, alerted the users about it.

Rout said he came to know about the fraud after one of his acquaintances was contacted by the fraud and sought monetary help. “The fraud was interacting with someone well known to me and asking him for money,” he added.

As Rural Odisha Votes BJD Fights The Enemy Within