Images of India light up, supposedly taken from space, have gone viral, post ‘9pm9Baje’ initiative of Prime Minister Narendra Modi on Sunday. Also like Diwali, the images are claimed to have been taken by NASA.

Messages and posts about how India was shining with lights while the world struggled against coronavirus have been doing the rounds on Facebook, Twitter, and Whatsapp.

Absolutely not. The viral image is a stock image available on the site Shutterstock and is a ‘3D Rendering Earth Night Asia’. While the image claims to be watermarked by NASA, it is nowhere on the space agency’s social media handles. Also, the logo’s colours are wrong. 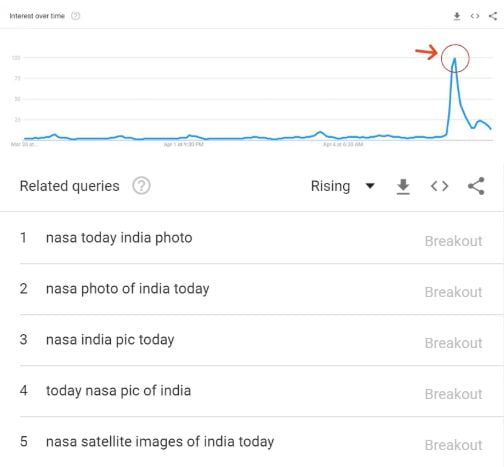 An interesting find by Republic TV shows that the search NASA images of India trended on Google Analytics post the event on April 5, peaking at 10 30 pm.

The Trumpification of USA