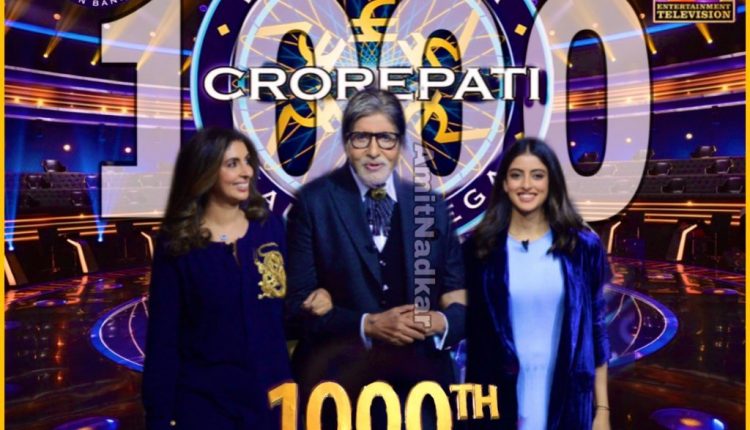 Mumbai: When Kaun Banega Crorepati (KBC) was conceptualized more than two decades ago, Amitabh Bachchan was approached to host the quiz game show.

The Bollywood superstar had not done any work in television previously. But he still accepted the new ‘job’ simply because he was not getting film offers.

Big B made the stunning revelation on the 1000th episode of KBC on Friday evening.

In a promo for the show, shared by Sony Entertainment Television, Amitabh says in response to a question from Shweta that he had no idea about how the TV show would go in 2000 and people had warned him moving from the big screen to TV could harm his image.

Bachchan went on to say that he learnt something every day from every contestant, which evoked cheering and clapping from the audience, Shweta and Navya Naveli.