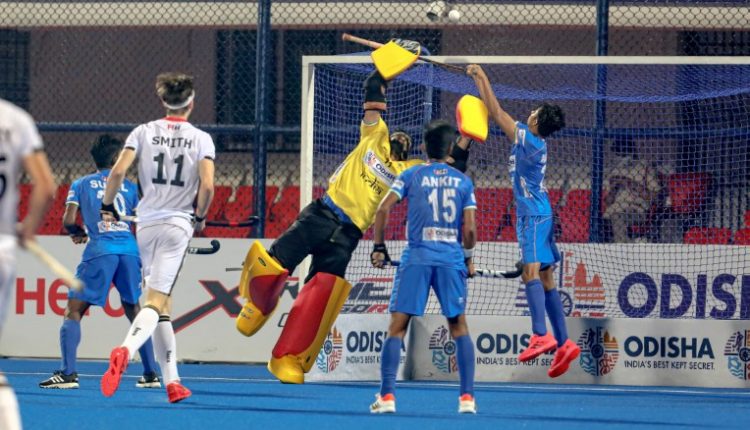 Bhubaneswar: India’s dream of retaining the FIH Junior World Cup hockey crown was dashed at the Kalinga Stadium here on Friday evening as they lost 2-4 to Germany in the second semifinal.

Germany will clash with Argentina for the prestigious trophy on Sunday after edging out France 3-1 via penalty stroke shootout following a goalless result in the regulation 60 minutes of the first semifinal.

On Sunday, losing semifinalists India and France will clash in the third-place playoff match. It will be a grudge match for India, who had lost 3-4 to the French in their opening pool match.

India, having overcome a strong Belgium team in the quarterfinal, were no match for Germany. The home team was on the back foot from the word go.

Six-time champions Germany took the lead in the 15th minute and pumped in three more goals in the second quarter. India reduced the margin through Sudeep Chirmako after 25 minutes, as they trailed 1-4 at half-time.

Germany took their foot off the pedal a bit, but India failed to create enough pressure at the other end. It was only during the closing moments of the match that India found a second field goal thanks to the efforts of Boby Singh Dhami.