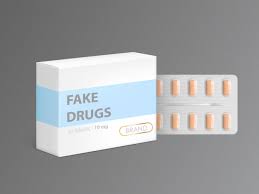 The raids took place following a tip-off that spurious drugs are being sold at Bharat Pharmaceutical in GT Lane, Medicare in Oram Pada and BR Pharmaceutical near Indo English School.

Sahu said it was found that the medicines were sold under the trade name Max Relief Healthcare Private Ltd, which is banned in the market.

The drugs have been sent for laboratory testing.

The State Health department, meanwhile, ordered a probe into the seizure of spurious Favipiravir anti-viral drugs from a chemist shop in Cuttack earlier.

Additional chief secretary, Health Department PK Mohapatra said the Drugs Controller and Police will conduct a joint probe, which will focus on the source of spurious drugs.

‘Pick Up And Drop Facility’ For Elderly & Disabled In Cuttack; Infection Highest Among 18-44 Age Group

Down Memory Lane: How Gas Leak In Rourkela Was Handled