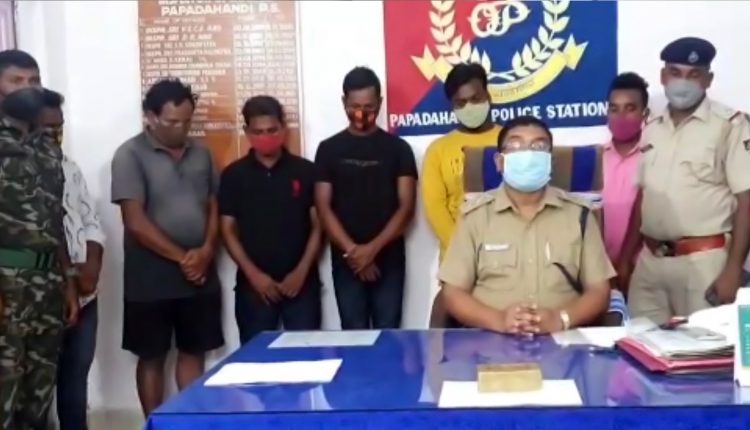 On inquiry, the golden brick turned out to be fake and it was meant to be fraudulently sold to some gullible persons in the town. The car was coming from state Capital Bhubaneswar.

The police also arrested six persons aboard the car and seized some cash, five mobile phones, five ATM cards and two driving licences from their possession.

Earlier, some smugglers managed to do brisk business selling goldern conches in the town, thanks to the lure for the yellow metal.