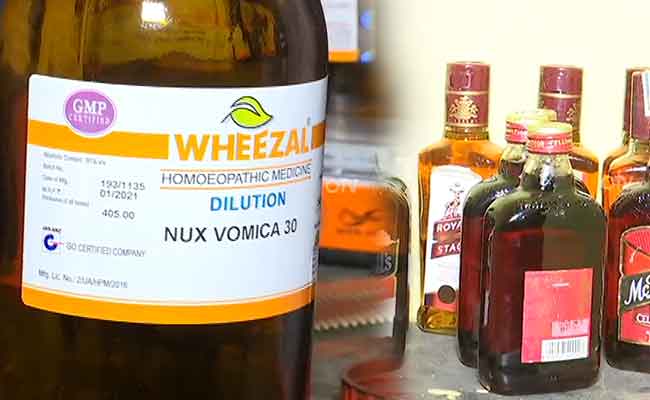 Five persons were arrested in this connection from Trupti Nagar, under Bada Bazar police limits in Berhampur, and a huge cache of spurious liquor worth Rs 1 lakh was seized from their possession.

Acting on a tip-off, excise officials raided the site and found the culprits making liquor by adding water, chemicals and colour in homeopathy medicines which they brought from Kolkata.

They had been selling it in the name of various brands.

Identity of the arrested persons is yet to be revealed.