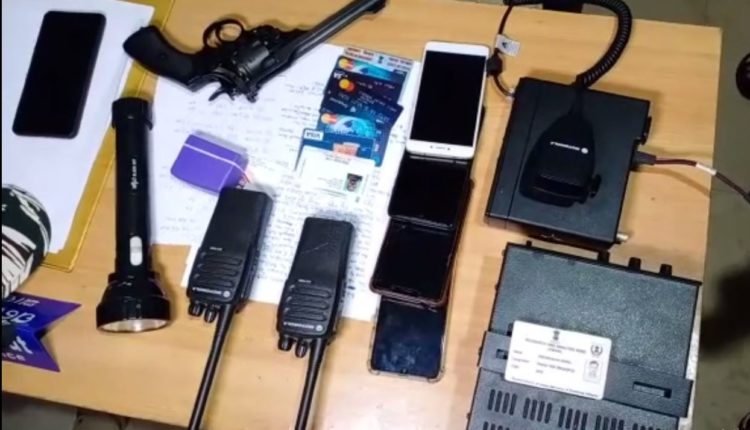 Balasore: Police have arrested a person who claimed himself as an agent of RAW which was later found to be false.

According to reports, some constables were clearing a traffic jam caused by an overturned tomato-laden truck in front of Khantapada police station near Begunia on NH-16 on Monday evening.

At around 9 pm, the man, identified as Piryaranjan from Nahada village of Ganjam district arrived at the spot in a Scorpio driven by Pankaj Kumar Singh from Baripada.

Identifying himself as a RAW agent, Priyaranjan directed the constables and people to clear the road immediately. He also fired in air sparking panic among people and confusing the police.

Though the constables allowed the vehicle to go, they suspected the activities of Priyaranjan and informed Khantapada IIC Paresh Kumar Rout who chased the Scorpio. He also told Shergada police to stop the Scorpio at Sheragada toll gate and check it.

On reaching the toll gate, Pankaj hit the barricades and tried to run over the policemen. However, the police managed to stop the vehicle. When they confronted Priyaranjan, he claimed himself to be a RAW officer.

Following search of the Scorpio, police found a gun with live bullets, walkie talkie and GPS system inside the vehicle. The police took both Priyaranjan and Pankaj into custody.

Two cases were registered on the basis of complaints filed by constables at Khantapada police station and the duo were forwarded to the court on Tuesday, said Khantapada IIC.

There are several pending cases against Priyaranjan at Gangpur police station in Ganjam district.