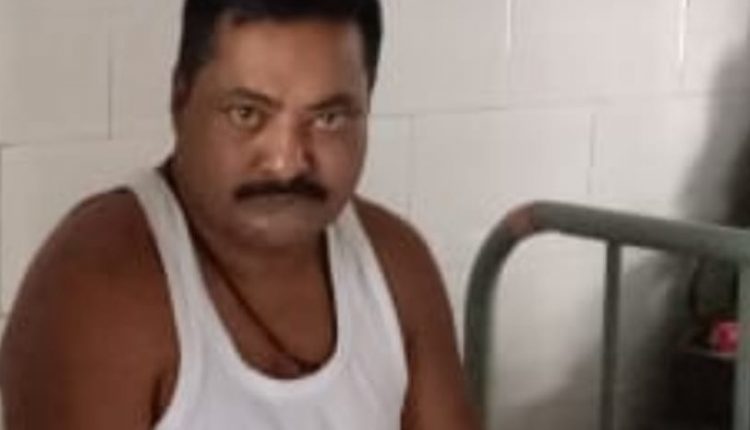 Cuttack: Two days after Sheikh Hyder slipped out of the surgery ward of SCB Medical College and Hospital here, constable Mohammad Mousim, who was suspended for gross dereliction of duty, on Monday told the police that the gangster escaped with the help of his family members.

In the complaint lodged at Mangalabag police station, Mousim said that three family members of Hyder—son Sheikh Azharuddin, brother Kalia, nephew Kala, brother-in-law Gora and the youngest son-in-law— used to meet him regularly in the cabin at the surgery ward.

The suspended constable said that he was on duty at 4.30 pm on April 10 when five family members of Hyder arrived at the ward. After spending some time with him, they came out of the cabin and threw some chemicals on him, following which he fell unconscious. After regaining consciousness, he came to know that Hyder had escaped.

Meanwhile, the Commissionerate Police have verified the CCTV footage at the hospital and identified five persons, who were seen taking Hyder in a car parked in front of the surgery ward.

Is Hyder in West Bengal?

On the hunt for the gangster, an 8-member team of Commissionerate Police left for West Bengal on Sunday.

According to sources, a police team acting on a tip-off reached the toll gate at Manguli, on the outskirts of Cuttack, in the early hours of Sunday and seized the hard disk of the CCTV.

As informed by the toll gate staff, 5-6 people arrived at the check gate in a white Swift car late on Saturday evening. One of them handed over Rs 500 and they sped away without waiting for the refund of the remaining amount.

On the basis of the registration number of the car, the Commissionerate Police contacted their West Bengal counterpart, who detained the car. On verification, it was found that the car belongs to a person in Siliguri area.

Police have also detained a person, who had met Hyder in the surgery ward some days ago.

A senior police officer said that the person was working as a vehicle mechanic in Bangladesh. Due to the COVID outbreak, he had returned to Cuttack from Bangladesh via Kolkata by sea route.

Asked whether there was a possibility of the presence of Hyder in West Bengal, the police officer said it would be difficult to trace the gangster as the election was underway in the neighbouring state.