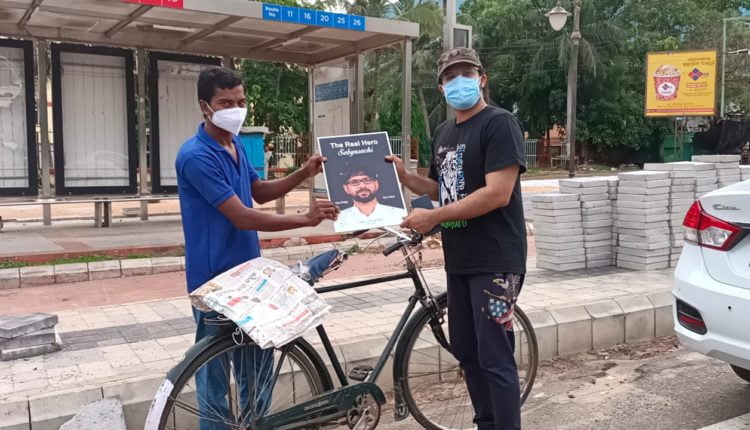 Bhubaneswar: Ollywood star Sabyasachi Mishra is loved, adored and worshipped by people for all the right reasons.

In one such latest instance, a fan Debendra Bhoi went to the extent of cycling 50 km, all the way from Salepur to Bhubaneswar to show his love and present a token of appreciation to his favourite actor.

The star struck fan reached the capital city on June 15 and waited for 5 days to meet the actor.

“Sabyasachi is a popular and busy person, I did not have means to contact him so I waited in the city and was looking for an opportunity to meet him,” Bhoi told OdishaBytes.

As he waited near Nayapalli, another fan of Sabyasachi spotted him with the actor’s photo and inquired to learn that Bhoi was in the city to meet the actor.

“The gentleman posted a pic of me on social media and tagged Sabyasachi saying that when the actor sees the post he will surely arrange a meeting and this turned out to be true,” said Bhoi.

“Busy in his social work schedules, Sabyasachi asked his fan to arrange for my stay and food and finally on Saturday he himself met me,” said Bhoi.

Sabyasachi said he too was looking forward to the meeting after he was tagged in a viral video where it was shown that a man has come to Bhubaneswar on bicycle in rain with a certificate of appreciation to honour him. However, the actor could not contact him and it was a Facebook user Biswajit Mohanty who helped the two get in touch with each other.

Bhoi was all praise for the actor and prayed for his success in acting as well as social work. 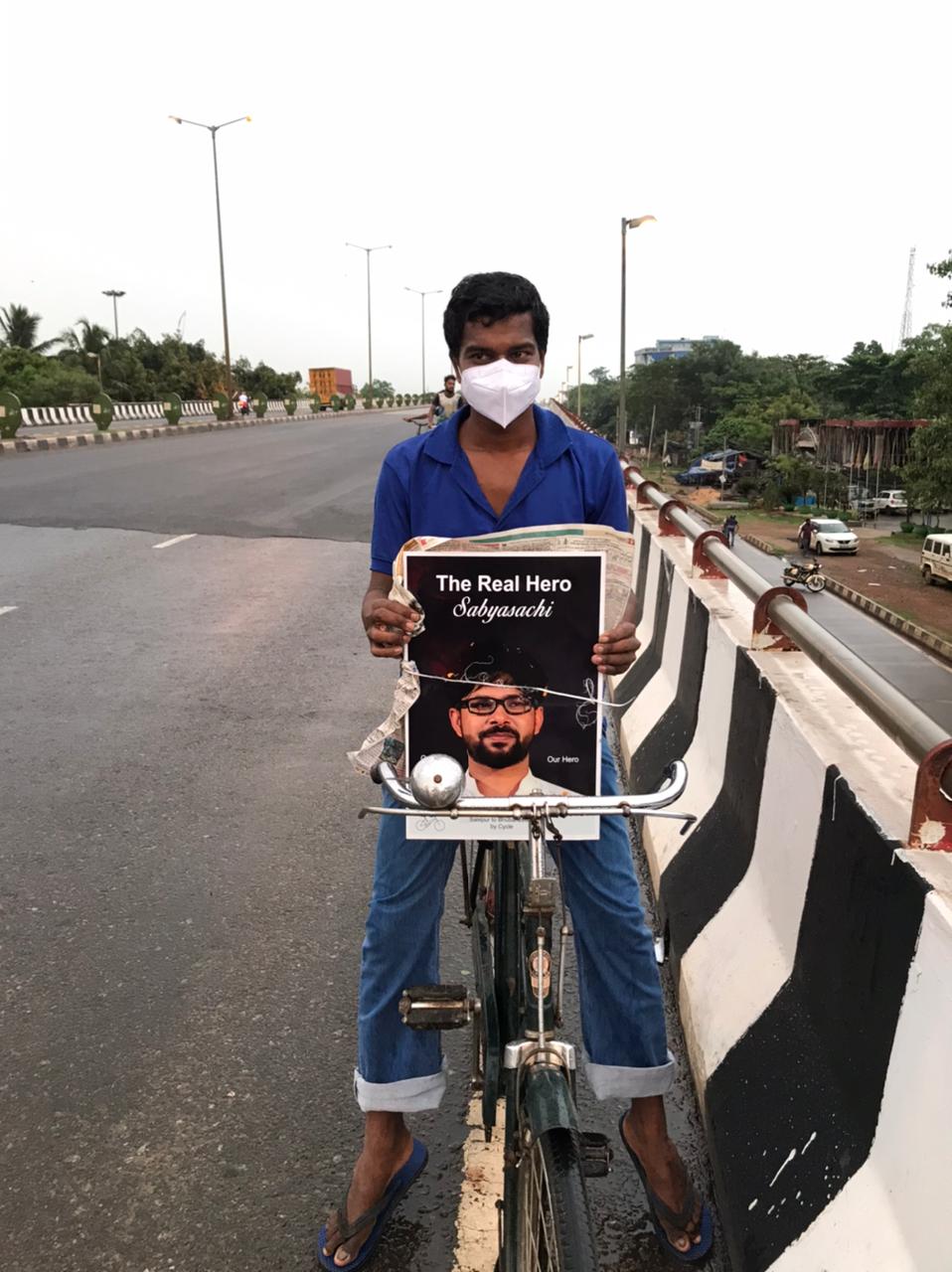 “This kind gesture of Debendra Made me speechless. I may receive many Appreciations & recognitions in future but this will remain unforgettable,” he wrote. Read the post here

Bhoi, who was working in Pune, left the job in 2016 and returned home to look after his parents in Salepur after his father suffered a brain stroke.

Bhoi said the purpose of meeting Sabyasachi was purely to present a token of appreciation and not seek any help.