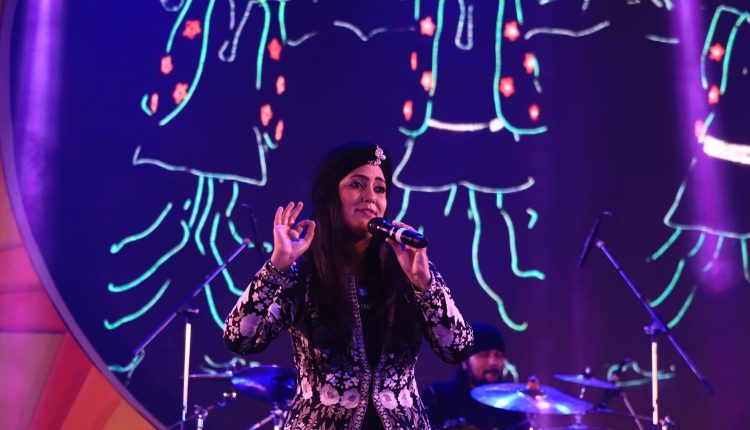 Christmas got merrier at the Marine Drive Eco Retreat with singer Harshdeep Kaur enthralling the crowd of hundreds by the beach in Konark, Odisha. Harshdeep kicked off the Christmas night with the subtle ‘Ik Onkaar” and moved over to crisp takes on standards “Dilbaro” and “Nachne De Saare”. The rapt audience was further cranked up with energy as she dropped some rock on the stage. The crowd further joined her in the classical medley and enjoyed her anecdotes as well.

The audience swayed and danced for two hours to Harshdeep and her team’s sparkling performance. Odisha Tourism has further opened up four shacks for the first time in the state and they were buzzing with people on Christmas. The night came to a spectacular end with the song that escalated Harshdeep’s singing career i.e ‘Katiyan Karoon”.

Harshdeep Kaur said: “I am quite overwhelmed to be in Odisha and to perform at such a mesmerizing venue with a great crowd on Christmas. Odisha Tourism’s initiative of Marine Drive Eco Retreat is amazing and makes people think how these pristine clean beaches are still a secret. I and my team members had a great time here and I will come again soon to explore the beauty of the state.”

Vishal K. Dev, IAS, Commissioner-cum-Secretary, Odisha Tourism said: “It was great to see such a great turnout being Christmas today and of course, Harshdeep’s performance was electrical. The guests and visitors had a great time at the concert and the shack and we are all delighted to see the festive fever prevail.”