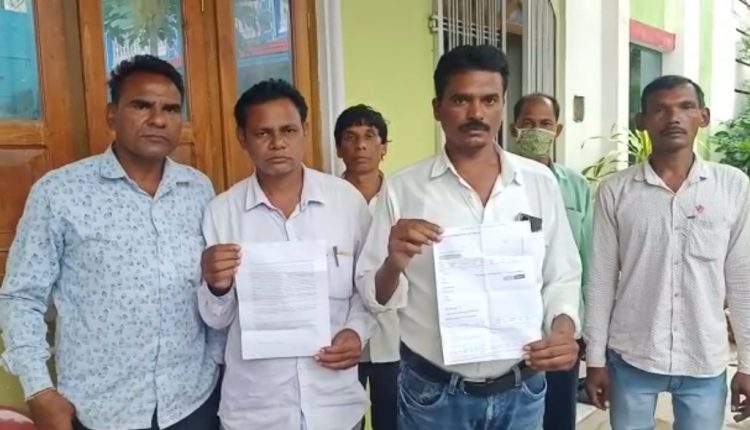 The farmers of these districts came to know about it when they wanted to upload their land documents on the official site of PMFBY. They found that their farm lands have already been insured by some other persons.

One such victim, Debendra Sha, a farmer of Ghantmal village under Narla block in Kalahandi district said, “I had gone to update my land documents at the Jan Seva Kendra. There, I came to know that the crop in my land has already been insured in the name of another person.”

Another farmer, Mitrasen Mahanand of Khairmal village from Nuapada district alleged that 5 acre crop land has been insured in Arbind Behera’s name and 15 acre in Kumudini Behera’s name. He told the media that total 55 acre farmland have been insured after forging the documents.

Anil Agrawal, a farmer of Karlabahali village in Balangir district said when his documents were uploaded on the website, the operator told him that 23 acres have already been insured by other persons.

According to sources, 11 farmers in Kalahandi have lodged complaint at Narla police station and Kesinga police station in this regard and more farmers are likely to lodge FIR soon.

The sources said in order to avail crop insurance, some unscrupulous people get hard copies of the farmers’ documents from the official website “Bhulekh” and prepare a false agreement in the name of others posing them as farmers on sharing basis. The fake documents are uploaded on the PMFBY website so that they can get the insured amount in case of crop failure through fraudulent means.

As per the norms, Rs 1345 is paid per hectare towards insurance price a year which covers crop loss amounting to Rs 67,000. Once the crop loss is declared by the government, the money is transferred automatically to the bank accounts of the farmers registered under PMFBY.

Soumesh Achary, district coordinator of an insurance company said the officials have received such complaints and they have begun verification of the documents.

Kalahandi Collector Gavali Parag Harshad said he has ordered the district agriculture officials to conduct an inquiry into the matter.