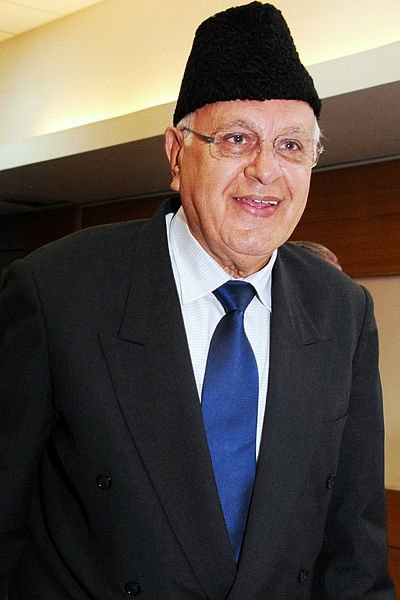 Some youths showed him shoes and forced him to leave the prayer ground. They also disrupted the congregation by shouting slogans.

Farooq Abdullah said the slogans were raised by his ‘own people’ who were misguided.

The people were reportedly angry with Abdullah for saying “Bharat Mata ki Jai” and “Jai Hind” when he was paying tribute to former Prime Minister Atal Bihari Vajpayee during the all-party prayer meeting on Monday.

Even before the Imam leading the congregational prayers could begin the sermon at the Hazratbal shrine, Abdullah was heckled as people shouted slogans of “Farooq Abdullah go back” and “Hum kya chahte, azaadi” at the mosque.

When a section of the youths tried to approach Abdullah, who was sitting on a chair in the front row because of his ill-health, some people joined hands to make a human chain to prevent them from doing so.

Later in the day, Abdullah said he was not a person to be cowed down. “If the people want freedom, they should first get freedom from bonded labour, illness and shortage of food,” ANI quoted Abdullah.

The Lok Sabha MP from Srinagar said the time was right to have a peaceful dialogue between India and Pakistan. “There is a need to get rid of hatred. This country belongs to Hindus, Muslims, Sikhs and Christians and all those who live here,” he added.