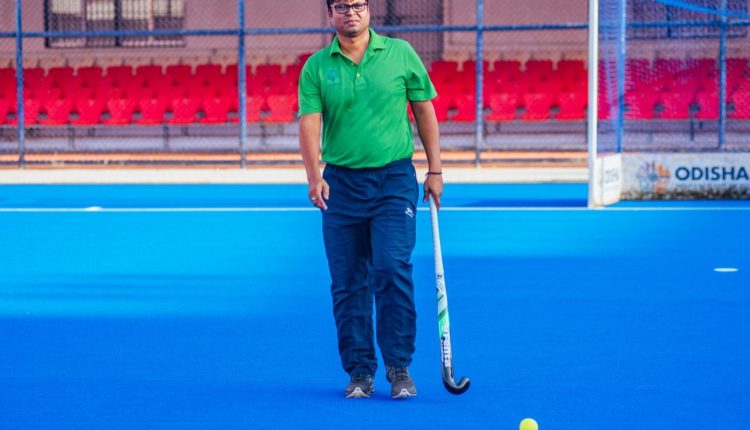 Dilip was the frontrunner for the post with Uttar Pradesh Hockey chief Rakesh Katyal and Hockey Jharkhand’s Bhola Nath Singh also in the race for the election to the national federation, slated for October 1. He was named as the new HI president once the candidates who were standing against him withdrew.

In a letter, the Fédération Internationale de Hockey (FIH) said that when the number of contesting candidates for any post is equal to or less than the number of posts, they shall be deemed to have been elected unopposed as per election bye-laws on the Hockey India website. “Therefore, we are pleased to observe that the Executive Board of Hockey India stands elected as has been put on the website of Hockey India and that the posts election was unanimous for all posts,” it said.

It appreciated the effective efforts of the Committee of Administrators (CoA) over the past couple of months to restore the democratically elected body in Hockey India. “We are delighted that the election process has been completed and a democratic body is now in place. We extend our congratulations to Dr Dilip Tirkey, Bhola Nath Singh and Sekar J Manoharan and look forward to working with them closely,” it added.

While Dilip was contesting the national federation elections on behalf of the Hockey Association of Odisha, Hockey Jharkhand president Bhola Nath had also thrown his hat in the ring for the post of secretary general. Hockey Unit of Tamil Nadu president Sekar J Manoharan was the lone candidate for the treasurer’s post. 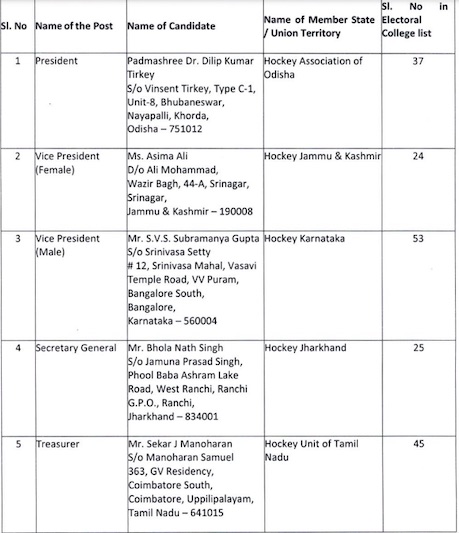 The 44-year-old player-turned-politician and administrator from Odisha is the country’s most capped player. He played 412 international games between 1995 and 2010. He is serving as the chairman of the Odisha Hockey Promotion Council.

He also tweeted the letter with a thank you note and wrote: “I will ensure that Indian hockey reaches to new heights.”

Sarpanchs In Training Mode To Transform Villages In Odisha