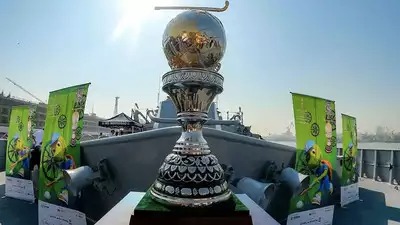 Bhubaneswar: Twin City Commissionerate Police launched a 24/7 helpline number on Wednesday to provide holistic support to hockey fans in Odisha capital as well as those who are coming from outside the region.

The helpline will provide all types of support related to the upcoming FIH Hockey Men’s World Cup 2023 being hosted jointly by Bhubaneswar and Rourkela from January 13 to January 29.

Addressing the media here, Bhubaneswar DCP Prateek Singh said that preparations for the Hockey World Cup are in full swing and the first international team – The Netherlands, has already arrived in the city. “All the other participating teams will reach Bhubaneswar in a couple of days and start their practice.”

“We have launched a WhatsApp helpline number – Poly Police Helpline No. (7377770070) which will provide round-the-clock help related to the world cup. The helpline number is named such because the mascot of the event is Poly. People may seek responses and assistance regarding how to reach the stadium, where to park their vehicles, the location of their seats, information regarding ticketing and others. People will be working 24/7 to respond to their queries,” the DCP said.

The aim of the police is to ensure that World Cup-related events are seamless and no one faces any trouble during the championship.