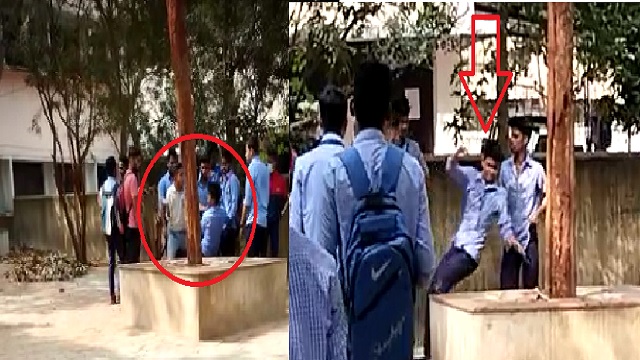 Bhubaneswar: Three Plus II second-year students allegedly thrashed a first-year boy inside the BJB Junior College campus on Wednesday and the video of the incident has gone viral.

Following the incident, the victim was rushed to Capital Hospital, Unit-6, in critical condition. It is suspected that the incident might have occurred over an alleged love affair.

According to sources, the victim had spoken ill about a girl. Following this, three second-year students dragged him from the main gate toward the science block. In the video, they can be seen abusing and mercilessly beating up the boy.

The victim’s parents have filed a complaint against the accused at Badagada police station. They have also identified two among them and they reportedly belong to the Arts stream.

Notably, students of the college alleged that the three accused had been thrashing juniors since the beginning of this session.