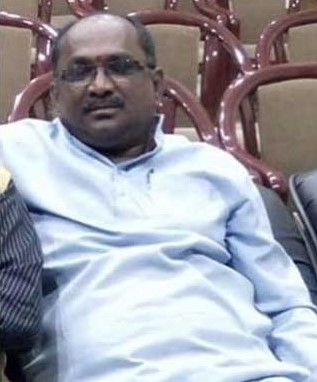 Bhubaneswar: Eminent Odia film director and theatre personality Pradip Bhol died of heart attack in a hospital on Sunday. He was 59.

According to his family sources, Bhol felt pain in his chest while he was in his house in Sundargarh in the morning. His family rushed him to the district headquarters hospital in the town. But the doctors declared him dead due to cardiac arrest.

Bhol is known for the film ‘Chini’ which was written and directed by him. It had won state film award as the best film in 2016.

Bhol was also very active in theatre and earned good name for his creative talent. He had directed several plays and dramas during his career. The play ‘Mau’, written and directed by him, has found a place in Limca Book of Records. He was working on another play titled ‘Bhaba’ but could not complete it due to his untimely death.
Several actors of Ollywood and theatre artistes have expressed condolence over the demise of Bhol.
Share FacebookTwitterGoogle+ReddItWhatsAppPinterestEmail