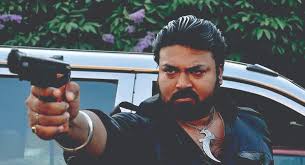 Bhubaneswar: Police have lodged an FIR against Ollywood actor Pintu Nanda and two of his associates for allegedly demanding sexual favours from a woman in return for being cast in films.

The FIR was lodged after the woman lodged a complaint at Nayapali Police Station here on Wednesday evening.

The complainant told police: “I was scheduled to act with Pintu Nanda in a program at CDA, Cuttack. But it was cancelled and the location was changed to Patia and then to Nayapali. I went to Nayapali. But the shooting could not take place even after waiting for a long time. Nanda also offered to help me to establish contacts with renowned persons in the film industry and promised to make me an overnight star. But in return, he asked me to take care of him, the director and producer.”

Police said they have summoned Nanda and his two associates to appear in person at the police station within 15 days.