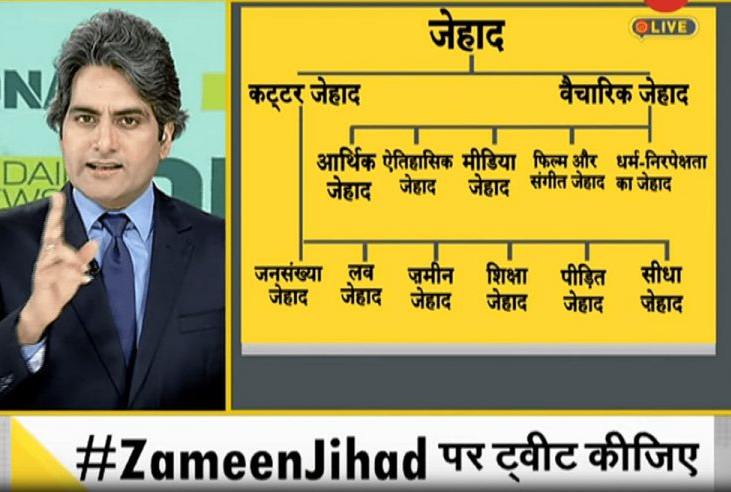 Kochi: A non-bailable case has been filed against Zee News editor-in-chief Sudhir Chaudhary in Kerala’s Kozhikode for spreading religious hatred.

During a programme aired on March 11, Chaudhary was seen describing different kinds of ‘jihad’ using a flow chart.

The case has been filed under non-bailable section 295 A of the IPC, based on a complaint by Adv P Gavas, the state joint secretary of the All India Youth Federation (AIYF), the youth wing of the CPI in Kerala.

Gavas alleged that Chaudhary has targeted the country’s Muslims through the ‘jihad flow-chart’ and tried to create religious tension between different communities. He pointed to the advisory of the Information and Broadcasting Ministry, in which guideline 2 (ii) warns against using visuals or words contemptuous of religious groups or which promote communal attitudes.

Gavas said that he received many calls from the ZEE Entertainment Network management, asking for his motive.

Some asked him why he filed the complaint in Kozhikode, to which he explained that he resides in the city. “As per the new IT Act, once a channel’s programme is telecast, it is public. If a viewer disagrees with the programme, he/she can register it anywhere. A case against such a programme can be filed anywhere.”