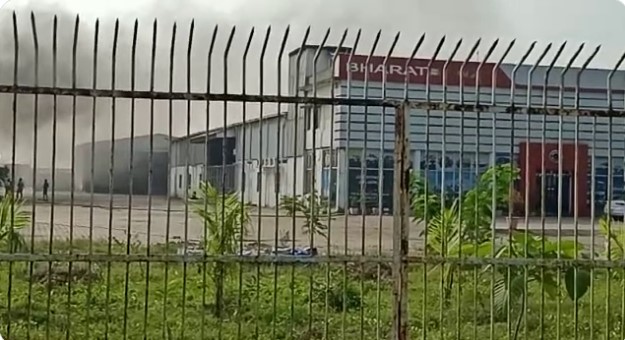 According to sources, some employees of the Bharat Benz e-vehicle unit at Badachan found thick smoke coming out of a shed on its premises and informed the Fire Brigade.

The personnel from the Fire Brigade at Chandikhol along with two vehicles rushed to the spot. By the time they arrived, fire had engulfed the entire shed. They were engaged in extinguishing the fire at the time of filing the report.

Though the cause of fire has not been confirmed, it is suspected to have been started by electrical short-circuit in the unit. While nobody has been injured in the incident, the loss of properties is yet to be estimated.