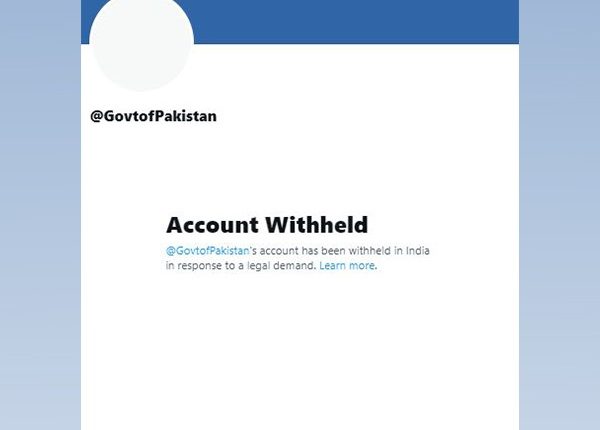 New Delhi: Twitter on Saturday withheld the account of the Pakistan government in India in response to a legal demand by the Centre.

This is the second such incident in recent months. The account was withheld in July when India banned several Pakistani handles but was reactivated later, ANI said. A response from Twitter on Saturday’s development is awaited.

The micro-blogging website noted that in the last six months of 2021, it received 326 legal demands to block content posted by accounts of verified journalists and news companies, of which 114 came from India.