Fire Breaks Out At Odisha Hospital 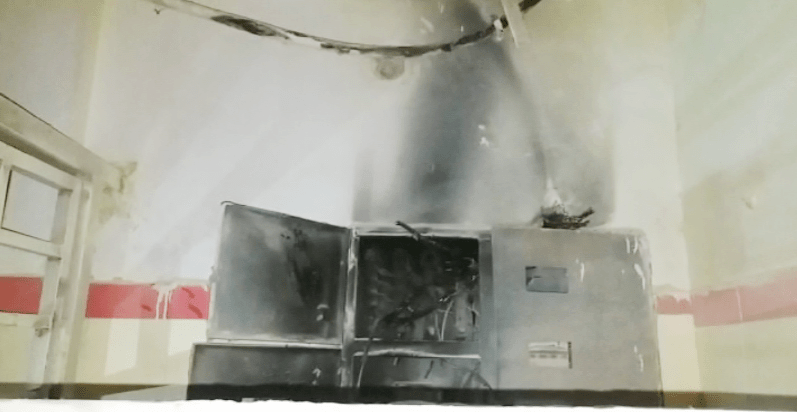 Jagatsinghpur: A fire broke out at Jagatsinghpur district headquarters hospital (DHH), triggering panic among patients and staff in the wee hours of Thursday.

Sources said the fire started at the Gynecology ward around 2 am. Luckily there was no casualty, but the water heater and refrigerator in the ward were burnt.

It is suspected that the incident occurred due a short circuit.

The patients and the hospital staff heard an explosive sound in the ward. The staff then evacuated the patients safely from the ward.

The additional district medical officer (ADMO) went to the hospital to review the situation on Thursday morning.

Two Elephants Killed In Collision With Trucks In Keonjhar

Amazon & Microsoft ‘Putting World At Lethal Risk’! Find Out Why