Fire Breaks Out In Computer Lab Of NIT-Rourkela 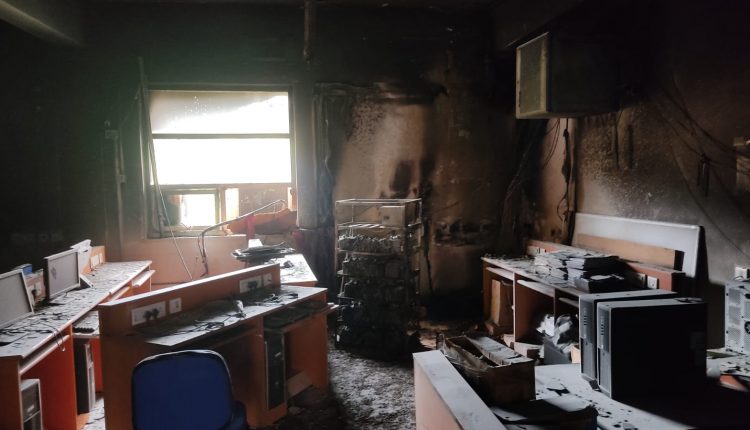 Rourkela: Computers and costly electronic gadgets were damaged as fire broke out in the National Institute of Technology (NIT) campus in Odisha’s Rourkela city on Wednesday.

According to sources, the fire broke out in the computer laboratory of the Electrical Science and Engineering building in the institute after a faulty UPS caught fire. On finding dense and dark smoke coming out of the laboratory, the security personnel of the campus informed the Fire Brigade.

The Fire Brigade with the help of security personnel took almost an hour to bring the blaze under control before it could spread to other rooms in the second floor of the building. By the time the fire was extinguished, computers and electronic gadgets were damaged but there was no casualty.

The Fire personnel suspected that the fire was caused by battery of UPS backup system kept inside the laboratory.

Following the incident, the area has been sealed by the campus security while the Fire personnel have seized the damaged materials for investigation, the sources added.

After Cholera Outbreak In Odisha’s Rayagada, Diarrhoea Scare In Koraput; One Dead