Fire Breaks Out In Cuttack’s Incense Factory, No Casualty Reported 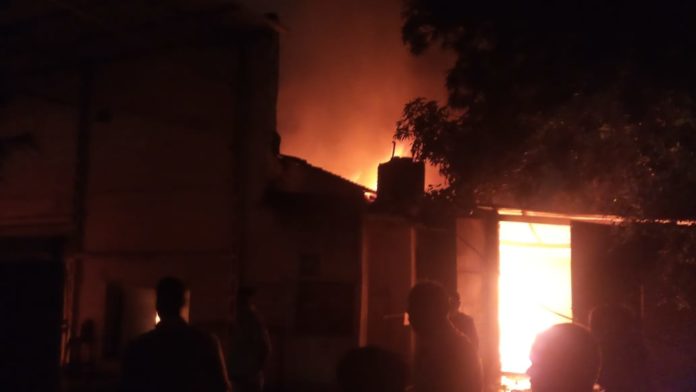 Cuttack: A massive fire broke out in an incense stick factory in the city on Sunday.

According to sources, the fire broke out in SS Enterprisers which produces Mangaldeep brand incense sticks at Jagatpur industrial estate in the evening.

On being informed, Fire Brigade and police rushed to the spot. The Fire personnel faced difficulty in extinguishing the fire as a huge stock of incense sticks and the raw materials had already caught by the time they reached, the sources said.

However, no casualty or injury of any person in the incident has been reported.

The cause of the fire has not been ascertained while the extent of damage will be determined after the fire is totally extinguished.