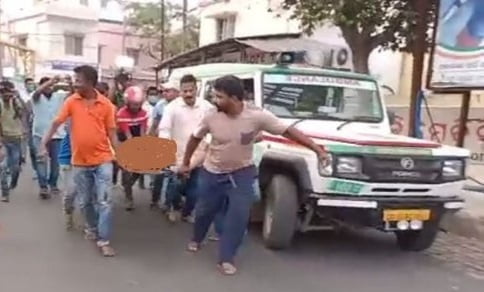 Balasore: Panic gripped Balaramgadi area in Balasore district after an owner of a fishing trawler was shot dead by a group of unidentified miscreants on Monday afternoon.

According to sources, Bijay Kumar Pradhan was on way to his trawler when five people opened five rounds of fire at him. As soon as Pradhan fell down, they hacked him with sharp weapons and fled.

Hearing the gunshots, locals rushed to the spot and got Pradhan admitted to the district headquarters hospital where doctors pronounced him as brought dead.

Tension ran high in the area after irate locals and family members of the deceased staged a dharna in front of the outpost in the hospital premises, demanding immediate arrest of the assailants.