Five Get Life Term For Scribe’s Murder In Ganjam 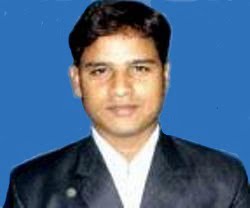 Berhampur: The court of the Additional District Judge (ADJ), Khallikote, in Odisha’s Ganjam district, on Thursday sentenced five accused to life imprisonment for the sensational murder of Tarun Acharya, journalist of an Odia vernacular daily, in May 2014.

Santosh Maharana, Santosh Reddy, Sibaram Nayak, Suresh Sahu and Shyamsundar Prusty were sentenced to life. In its judgement, the court referred to Santosh Maharana and Santosh Reddy as the prime accused and the remaining three as conspirators. Another accused, Nrusingha Panda, is still at large.

Acharya’s body was found in a pool of blood with his throat slit open near Khallikote police station on the night of May 27, 2014.

Thirteen days after the murder, on June 8, 2014, the police had arrested P. Shyam Sundar Prusty, owner of a cashew processing unit at Khallikote, and N. Ramesh Reddy, owner of a light and sound unit at Berhampur.

During interrogation, it emerged that Prusty was the main conspirator of the crime as he held a grudge against Acharya over a news report about children working at his cashew processing unit following which he had allegedly arranged contract killers to commit the crime.

The 34-year-old journalist, who had married a year before the murder, is survived his wife and a 6-year-old daughter.

Naveen Condoles The Passing Away Of ‘True Gandhian’ Mohammad Baji

PM Hails Odisha Govt On Sidelines Of G-20 Summit In Japan; Find Out